I am in Oregon where Saturday the 3rd I preached a Gospel message for the memorial service for my brother in law, Ed Solomon, who passed away about a week before at 90 years old.

My nephew, Dan Hiatt, had invited me to minister at both his Sunday morning services, January 4th at his AG church in The Dalles, OR.  For several years they have felt God leading them into full-time pastoral ministry. 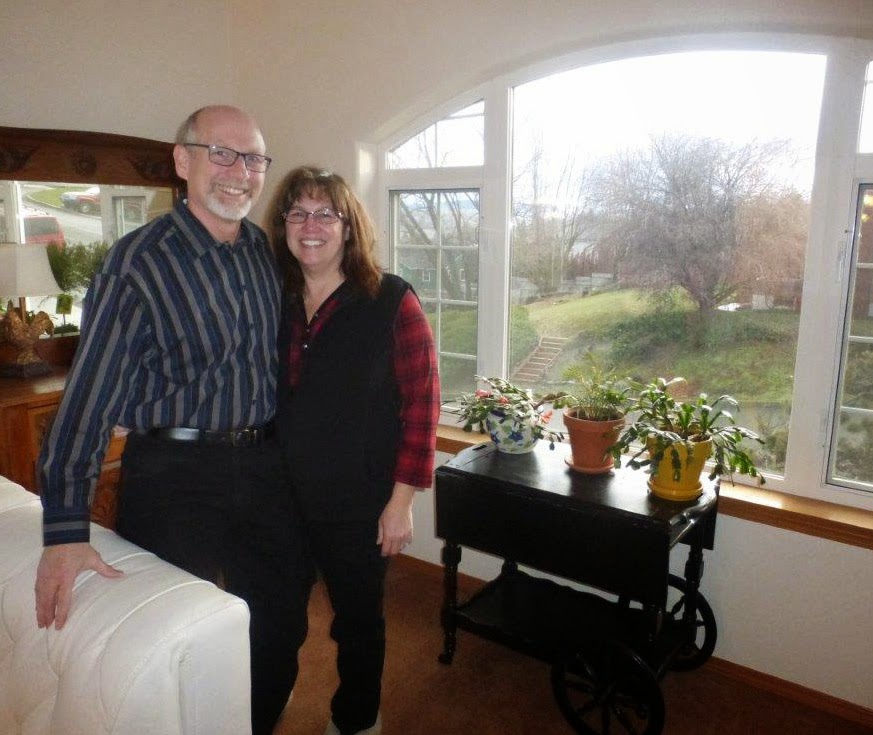 This is their first church to serve as senior pastors and they are thrilled.  Dan has been an engineer rocket scientist for over 32 years.  Now, 55 years old, he has completed his studies at Northwest University, gotten his AG ministerial credentials, quit his generous-paying job, sold their home near Seattle, purchased a new home in The Dalles… and accepted the invitation of this church to serve as their new pastors. 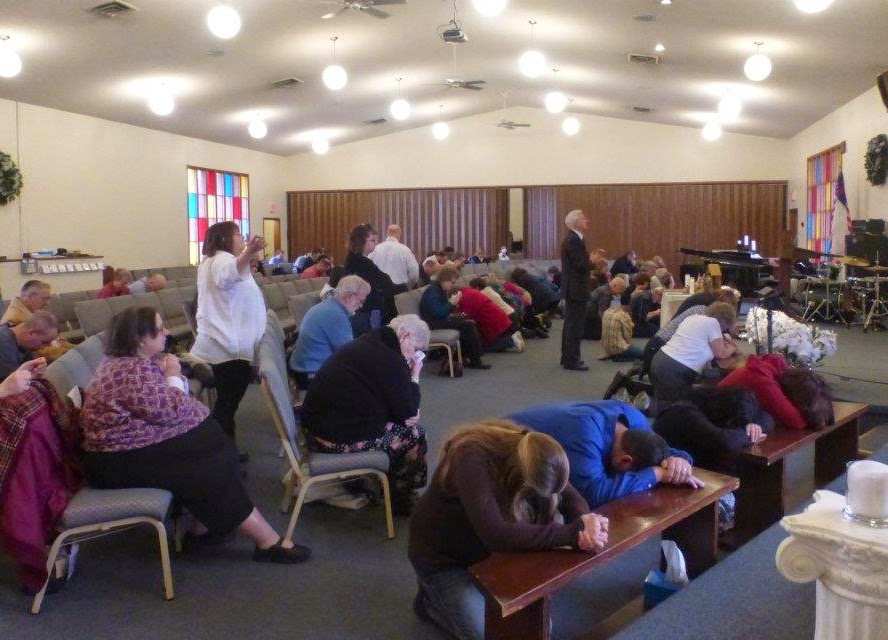 Many of the congre-gation gathered around the altar to seek a new, Holy Spirit-led, beginning with their new pastor and a new year.  Sunday night I preached for the AG Spanish church also in The Dalles. Then, Monday, yesterday morning I ministered to four back-to-back small groups of students according to age, in a Christian School in The Dalles.  I had several special friends praying for my struggling, weak voice, and the Lord carried me through miraculously.  I ministered a total of 8 times this week-end… not too strange in Argentina, but quite unusual for the USA. 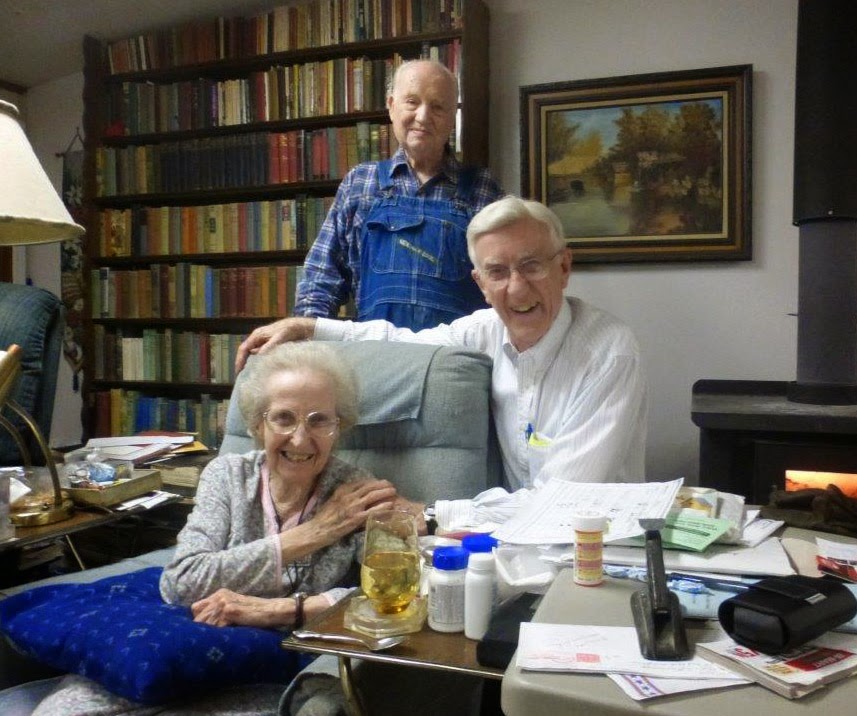 Yesterday after ministering all morning in the school, I drove almost three hours to visit my 85 year old sister, Joanne, who lives with her 86 year old husband, Don Stradley.  They live on a small ranch out in hill country near Yamhill, OR.  Both are faithful servants of the Lord.

Joanne is suffering terribly from a collapsed disk in her back and her husband is also not doing well physically and both walk with difficulty.  I spent all afternoon with them Monday along with their son, Dan Stradley, and his wife, Linda Rose, who are lovingly caring for them.  What a delightful time!  We laughed, cried, prayed, played their piano, sang and shared stories until almost midnight.  I slept overnight there.This morning after praying again with my sister and her husband…, I started down their steep, winding ¼ mile long driveway… and behold, Thomas, one of their llamas had escaped from the corral and was blocking my way out.  If I advanced I might chase him out onto the road… so I backed all the way up the curvy, gravel driveway… to their house and got my nephew, Dan, to come gently coax Thomas back into the corral.  These gallant creatures seem to love him. 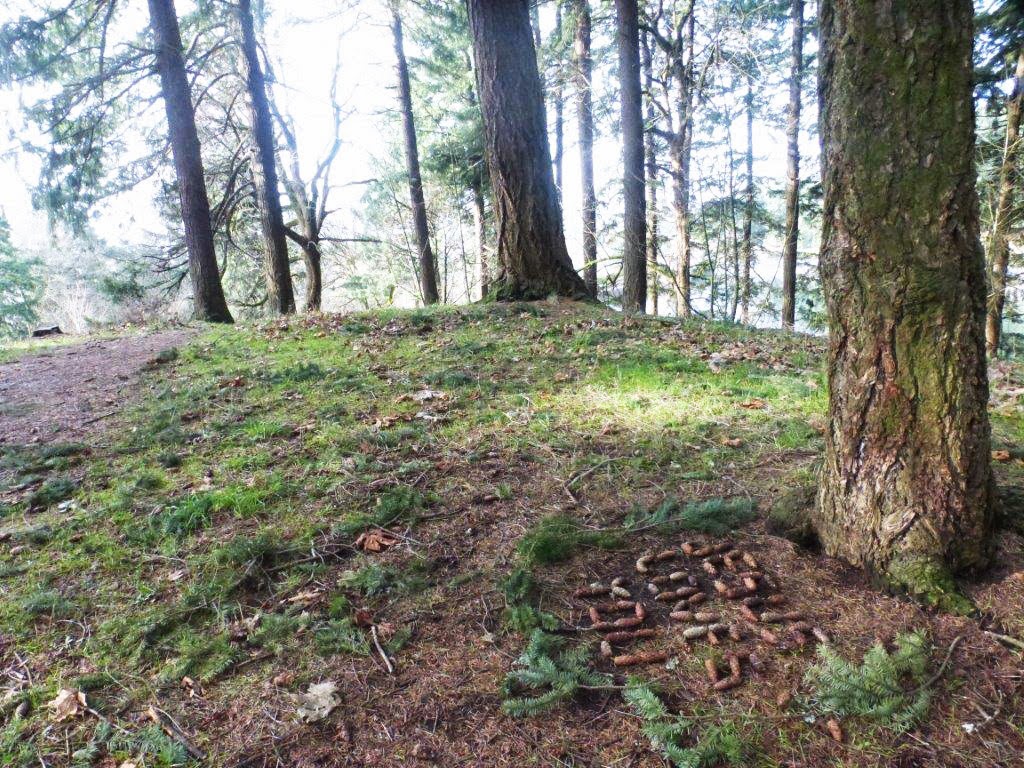 Then I drove back into Portland and hiked up Mount Tabor to the top of the hill where I often met with God when I was a teenager.  It still call it my Bethel… a sacred spot for me.  It was an overcast day with little beams of sunlight forcing their way through peep-holes in the cloud-cover.  It was quite cold, but I had dressed for cold and was able to spend a wonderful time in prayer up there.  Several hikers interrupted my prayer time, but I could see them coming for a long while and thus didn’t make a scene.  God was there.  Of course He is everywhere, but I felt that I was walking on holy ground.

When I got ready to leave, I took some of the many small pine-cones that cover the ground below these tall, ancient Douglas Fir trees and left a message for the next hikers J.  You might even be able to read it. 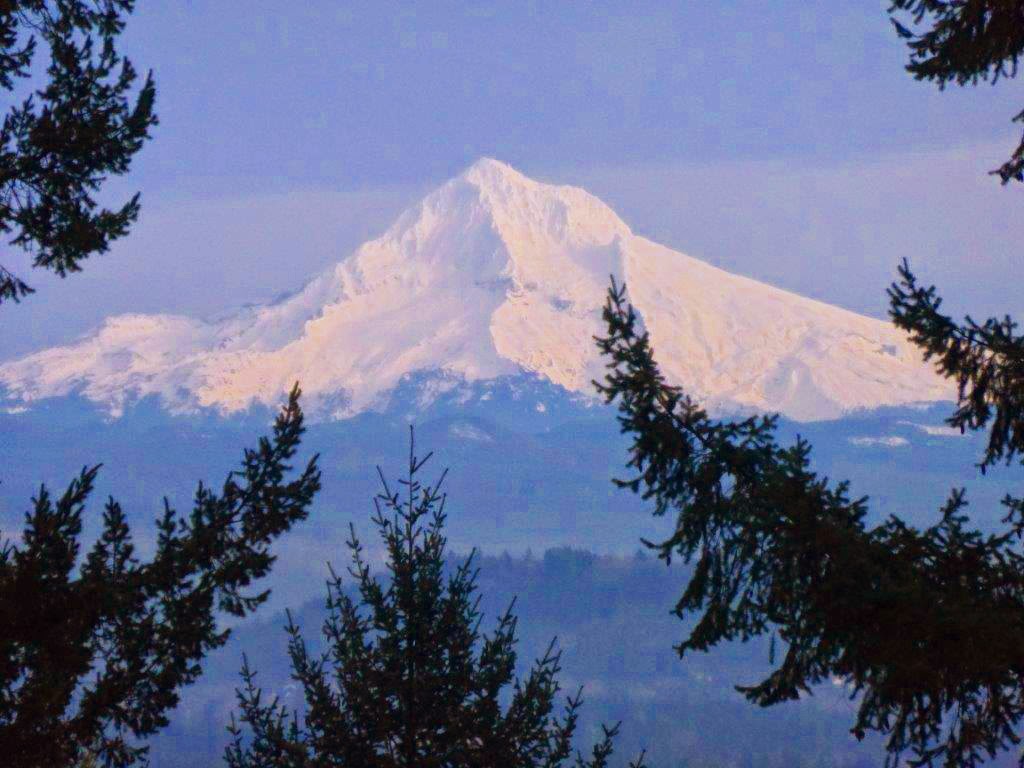 I could not leave without hiking to the top of Mount Tabor which is much higher than my personal “Bethel hill”.   Mount Hood, about 50 miles away happened to be showing off… 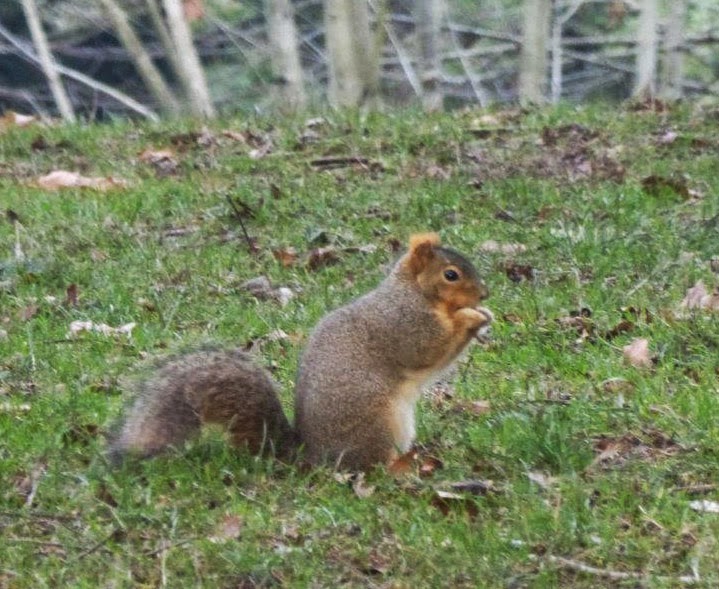 … and so was a bushy-tailed, grey squirrel.  Both the mountain and the squirrel posed nicely for their picture.